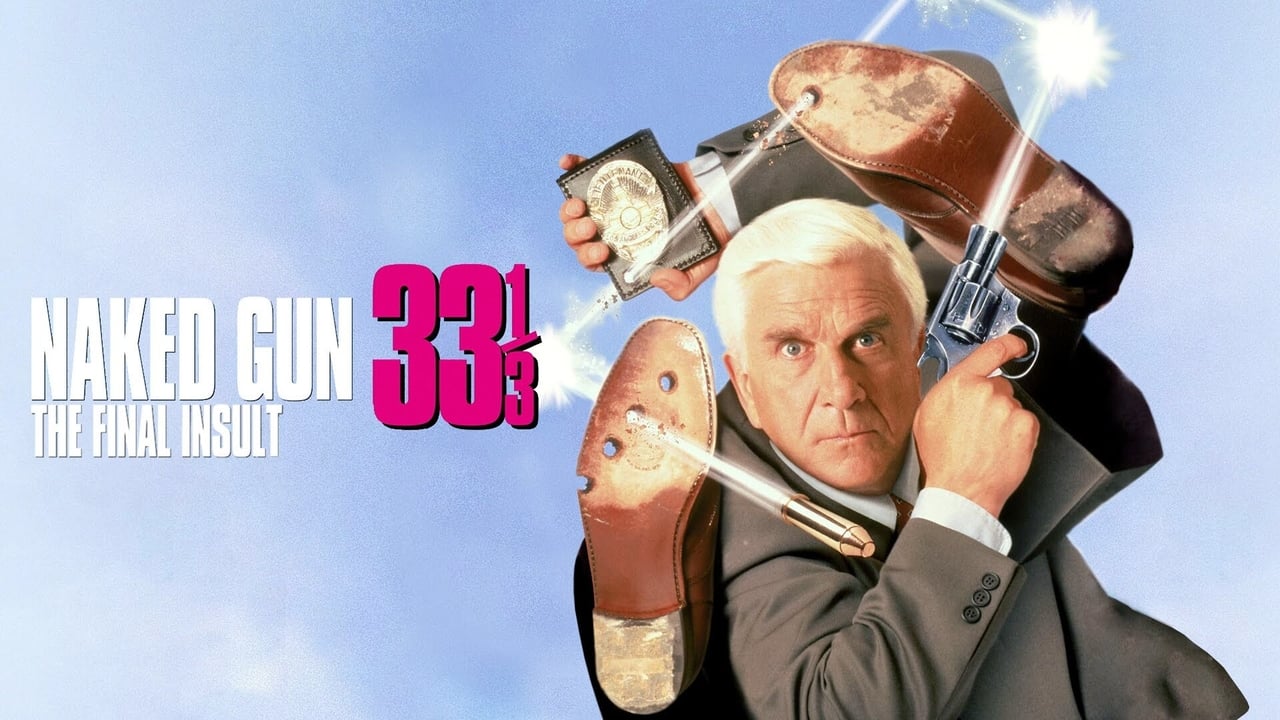 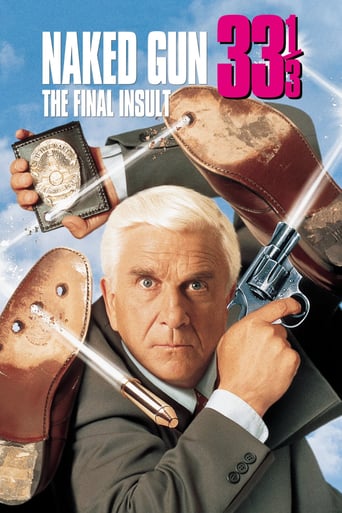 Frank Drebin is persuaded out of retirement to go undercover in a state prison. There he is to find out what top terrorist, Rocco, has planned for when he escapes. Frank's wife, Jane, is desperate for a baby.. this adds to Frank's problems. A host of celebrities at the Academy awards ceremony are humiliated by Frank as he blunders his way trying to foil Rocco.

Smoreni Zmaj This is maybe the best part of Naked Gun trilogy. Hilarious parody to many popular movies and crime genre itself. Leslie Nielsen, as awesome as usual, and beautiful angel Priscilla Presley, who was 50 years old at the time which is extremely hard to believe.8/10She has really bad taste for men. I mean, first Elvis and now Frank Drebin :D
LeonLouisRicci The Naked Gun Series Ends with this Funny Romp. The Usual Suspects (actually the Police looking for the usual suspects) are back for this Romp through Film Parodies, Sight Gags, Juvenile Jokes, and the Kitchen Sink.One of the Charms of this Type of Thing is that the Rapid-Fire Pacing Never Slows and if one bit of Humor is not to Your Liking, No Worries, there is No Time to Take Offense because the Next Bit is Shoved in Your Face Faster than You can Say &quot;Wait, What?&quot; Leslie Nielsen, Priscilla Presley, George Kennedy, O.J. Simpson, Anna Nicole Smith, and others Lead this Keystone Kops Calamity of Comedy through the Maniacal Motions of Mayhem and Destruction. Numerous Cameos Pop in and Out for Your Viewing Pleasure.It&#39;s all Done for Fun and the Gang behind these Popular Money Makers and Audience Pleasers have No Shame and They are the Best, perhaps, at doing this sort of Harmless Nonsense.Comedy is Very Subjective and for Anyone willing to Subject Themselves to the Vibe, will no doubt, be Pleased with this Entry.Note...O.J. Simpson and to a lesser degree, Anna Nicole Smith did not have happy times after this Movie and watching this Film in retrospect does render an underling tragic feeling of sadness that can&#39;t be avoided.
Robert Ivey MOVIE 3 OF 4 OF MY LESLIE NIELSEN QUADRILOGYThe final of the three Naked Gun movies and I can tell they ended on a high note! Leslie and his silver hair once again star as the bumbling cop Lt. Frank Drebin. He has to handle a breakup while trying to defuse a bomb at the Academy Awards at the same time.If you think that&#39;s the setup for a hilarious movie, it is. This movie has plenty of laugh out loud moments. Fresh from the other two Naked Gun films, Weird Al Yankovic makes an appearance, along with his &#39;partner&#39;, Vanna White. The president also makes a cameo.Poor Frank can&#39;t catch a break, can he? He lost his wife for a while, was forced to go to prison, had to disguise time and time again, ended up in a lousy home with a threatening criminal and his crazy mother, and then he had to defuse a bomb at the Academy, and he realizes that a beautiful woman he kissed is a... well, herm.I really liked the part where the guys in the prison were chanting &quot;We are men! We are men!&quot; And everyone got into a massive fight with hilarious results. I also loved the bit where Jane was at the court, and everybody, and I mean everybody but her was carrying a baby. And also the bit where Frank was flying around and knocked the enemy off the ledge, and when the entire audience facepalmed at the result from Drebin&#39;s stupidity. All in all, although still not quite as funny as the first, I gotta give it an 8/10.
thesar-2 Look, I&#39;m just not going to spend too much time on this (mostly) piece of crap. Naked Gun 33 1/3: The Final Insult suffers many defeats, probably the first/foremost: The absence of the original ZAZ (Jim Abrahams, David &amp; Jerry Zucker) creators who brought you the masterpiece Airplane!, the way above average The Naked Gun: From the Files of Police Squad! and the mostly funny Top Secret! Them, like the police chief in the first two Naked Gun&#39;s knew well enough to distance themselves.Sure, it defeats some comedy disasters: unbelievably, it gets better as the movie progresses. How much better? Well, start on the absolute cutting room floor and work your way up a few inches. So, there were a few, I&#39;ll admit, funny segments in the 2nd half to finale, but most fell flat. Such as &quot;Where&#39;s Waldo&quot; – REALLY?!? – and an actual &quot;Beavis and Butt-Head&quot; tribute? Gimme a break.I failed to mention to amount of homophobia in the previous two chapters. This one tops the other two threefold. Yeah, I get one was mocking The Crying Game – duh, but it&#39;s still not a pleasant thing to see, when it&#39;s this vicious and not simply funny.I&#39;ll quickly skim the plot: Jane (Presley) and Frank (Nielsen) are fighting and leaving each other..again. Frank is also leaving Police Squad behind, as all movie cops have to retire somewhere in the story line. And some bad guy in jail (Ward) plans a break out, with Frank&#39;s help in the slammer undercover and metal-wrapped to avoid gay-sex in the showers. Ha ha ha ha ha ha and ha. No, I&#39;m really not laughing at prison &quot;dropping the soap&quot; jokes. Literally – they went there.Anyways, the target is the Academy Awards for no other reason to blow up the place because this movie won&#39;t come close to winning any awards.Now that it appears I&#39;ve completely bashed this movie, I will say there are a few funny moments: Jane&#39;s exit from Frank – really hilarious as were the fake movies and presentations at the Oscars. There were a few tiny, tiny moments sprinkled, but NOT ENOUGH for a recommendation.Seriously, this movie, despite some moderately funny moments, felt eerily spliced together and most as an afterthought. Even the Oscar fake movies, as humorous as they were, seemed rushed. This movie gets no endorsement from me, and thank goodness this would be the last – mark my words: I guarantee neither Leslie Nielsen or George Kennedy will anytime soon be appearing in a fourth movie, much less any feature length film. And you can forget about O.J. Simpson – who hilariously plays a dumb and distracted cop here – once he&#39;s released, he&#39;ll undoubtedly do something else incriminating. 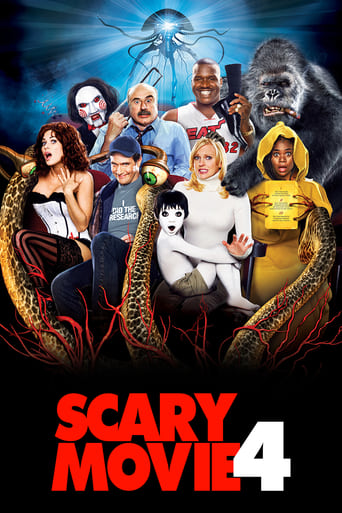 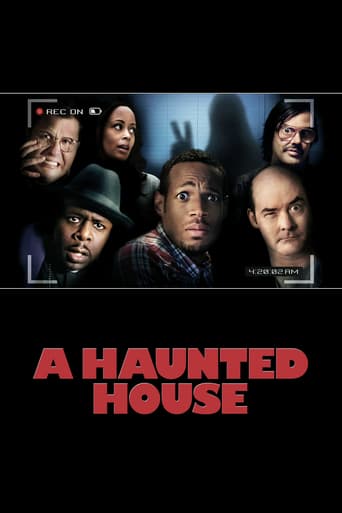 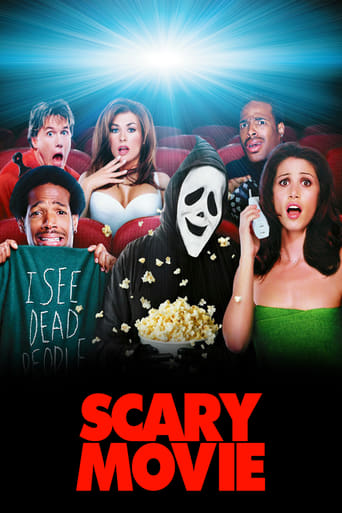 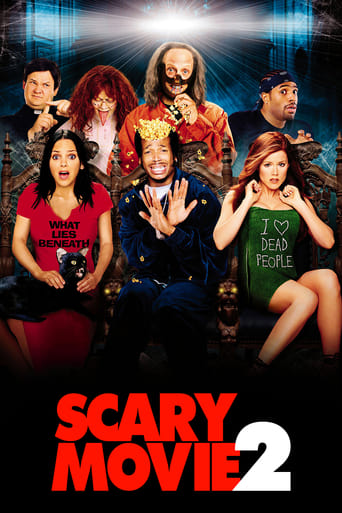 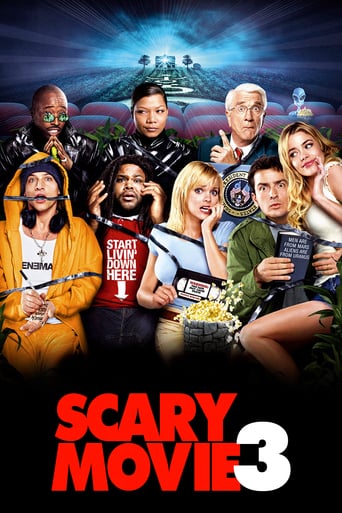 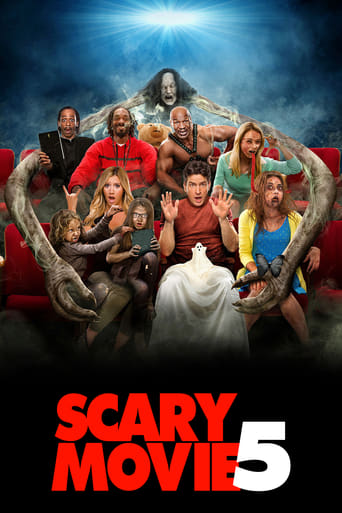 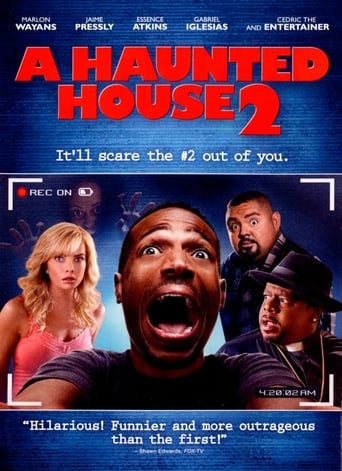 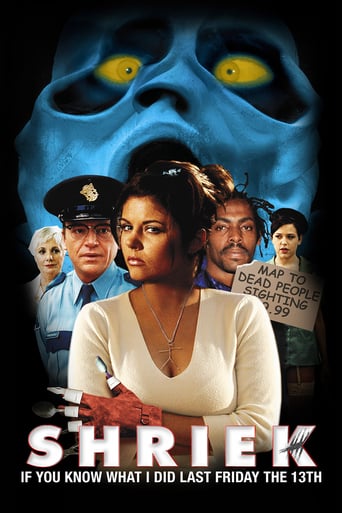 Shriek If You Know What I Did Last Friday the Thirteenth 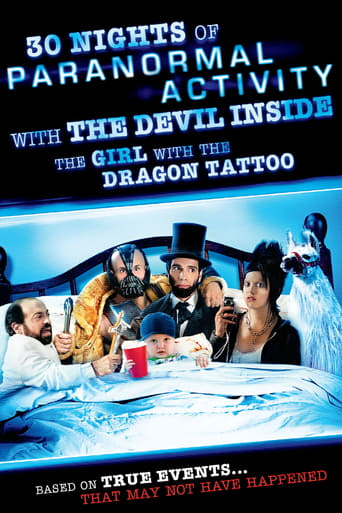 2013 2.5
30 Nights of Paranormal Activity With the Devil Inside the Girl With the Dragon Tattoo 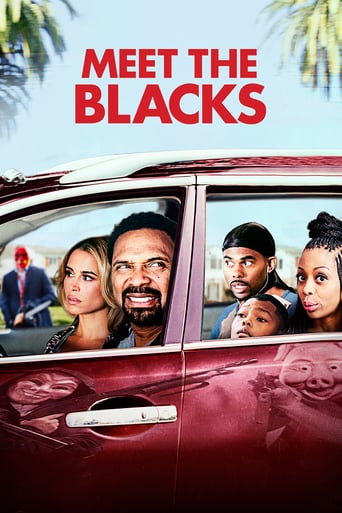